We are a production company based in Vancouver, Canada. Alterna Films specializes in visual storytelling through creative films that engage and captivate audiences. We have invested in the highest end production gear, as well as state of the art production facilities allowing us to create powerful digital cinema from concept to finished product. No matter how big or small the scope of your project may be, Alterna will deliver.

Some facts about Alterna Films

If a picture is worth a thousand words, then a video is worth a million.

Our services are delivered by our team with years of experience. We have the talent and resources to put a creative touch on any of your production needs from start to finish.

Contact us about our unique + extensive Stock Footage Library

With over 19 years of film production, we have accumulated thousands of hours of content in various mediums from our early days of shooting 16mm film to presently filming RED GEMINI 5K, RED HELIUM 8K & ARRI ALEXA MINI, capturing a wide spectrum of content from landscapes in various countries, beautifully filmed Aerials to Fashion, Nature and a huge selection of creatively captured Action Sport Footage.

We are dedicated Storytellers that were born to tell your story through creativity, experience and award-winning talent.

Behind the scenes MINI “Family tree”

Behind the Scenes, Production Reel

Behind the scenes – Destination Elevation

Knockout the tenth round trailer

Meet directors we work with 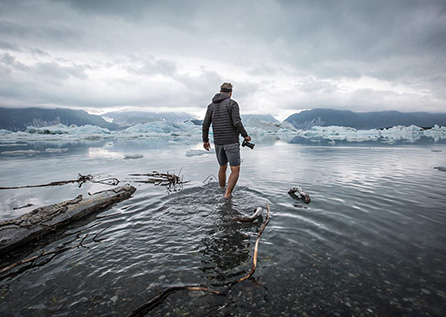 RJ Sauer is a writer and director for commercial and film. His passion is creative exploration through storytelling whether on camera or outdoor adventure in his backyard and abroad.

He has worked and travelled extensively in rugged and remote locations around the world with an affinity for the mystical qualities of the North including multiple film trips to the Arctic in both summer and winter.

This passion for new and isolated places extends to his personal exploration. In 2014 he completed the “ITI”, a 1000 mile adventure race along the historical Iditarod Trail, in 16 days on fat bike in the dead of winter. RJ plans to return this winter to challenge the course again.

In the summer of 2016, he rafted the Tatshenshini River over 12 days from the Yukon to Alaska; bike packed across Iceland for a month and competed in the Highland 550, a gruelling, self-supported bikepacking race through 550 miles of rugged Scottish terrain to finish in just under 6 days. 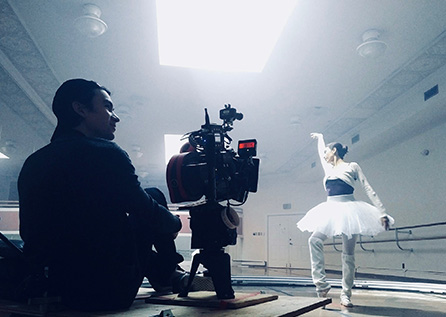 Lukas Dong is an award winning filmmaker with experience creating short form documentaries and narrative films around the world. He developed his love for film while growing up in Hong Kong and Tokyo and enjoys exploring different cultures through film. Currently based in Los Angeles and New York City, Lukas directs branded content, creating story driven pieces with a cinematic edge. 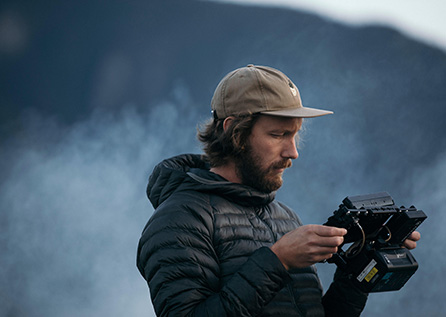 With over a decade ascending the agency ranks, Ross is a director dedicated to ‘the idea’. His understanding of the message, brand, emotion, and strategy applied to the creative allows Ross to craft a story that resonates deeply with its audience.

Ross’s approach merges the truth of documentary with conceptually driven and emotive imagery, making his work personal and human. 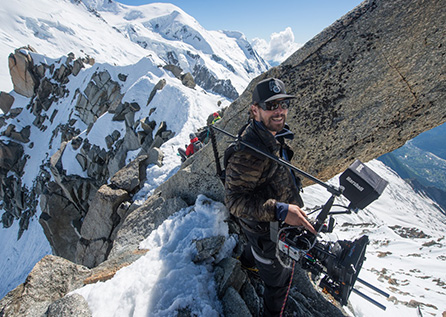 Paul Watt is an award winning DP, camera operator, and director working in commercials, film & TV, documentary, and action sports. He started shooting action sports in 1999, and is usually the guy hanging out of the helicopter or half way down a cliff. You can rely on Paul to do what it takes. Demo Reel 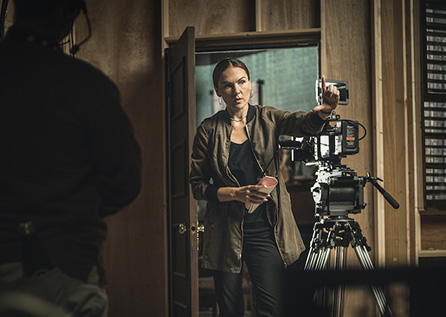 Robin Hays is known for bringing her projects to life with verve, humanity and a cinematic sensibility. “E.T. was the first movie I saw in the theatre. Being so young I couldn’t fully track the story although I remember how it made me feel. I love to take an idea, collaborate with great people and turn it into something tangible that evokes emotion and can be shared.”

Her animated film Post No Bills screened at festivals around the world from LA to Qatar including the Mill Valley, TIFF Kids, SIFF, Santa Barbara, Austin, Omaha & SCAD and picked up some awards along the way including a DGC Award. The feature screenplay Robin wrote based on the short was selected as a finalist in the Francis Ford Coppola’s American Zoetrope Screenplay contest.

Some of her producing credits include Neill Blomkamp’s Alive in Joburg, Adicolor Yellow and Tempbot.

Her commercial work has been selected and showcased at festivals and award shows including; Shots YDA and The Shoot Young Director’s Awards. She has worked with global brands including Visa, Adidas, Honda, Nestle, Danon, Pfizer, Walmart and Spin Master. 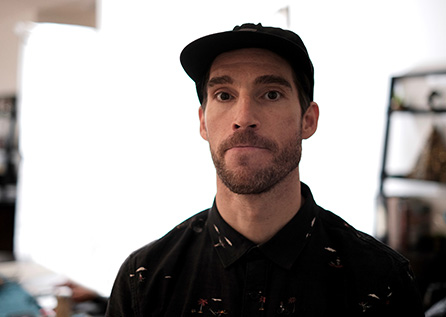 Robjn’s here to celebrate the unordinary. From all things peculiar, to outright baffling, he delights in the power of the unexpected and seeks to channel it within both the commercial landscape and the very life he lives. His filmmaking style embraces surreality with a straight face, shaping ridiculousness with narrative purpose, to communicate and connect with viewers in ways they could not have foreseen. He is exceptionally skilled at reciting the alphabet backwards. Demo Reel 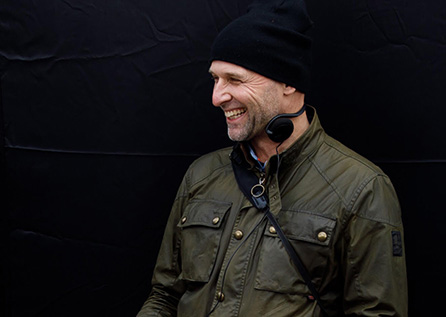 John McDougall is a passionate and accomplished director. His diverse range of work focuses on creating nuanced, emotive narratives that study the beauty and humour in the everyday moments of the human condition.
John has successfully directed campaigns for many of Canada’s most recognized brands including; Nestle, Pepsico, Tim Horton’s, McDonalds, President’s Choice, Rogers, Scotiabank, Johnson Insurance, Mitsubishi Electric, Propeller Coffee co. and the internationally acclaimed spots for the Liberal Party of Canada. Demo Reel
Instagram
Email

Professional & Outstanding ideas of our passionate team makes us unique in every sense.

Who are we anyway? 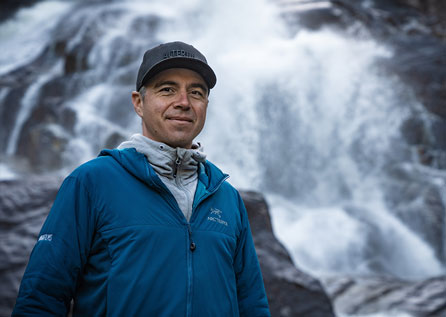 Carlo is the founder of Alterna Films. He has successfully owned and operated Alterna for over 17 years now. As a graduate from Simon Fraser University, he holds a degree in Communications and a minor in Business. Carlo has directed action films that have taken him and his crew all over the world to locations including Japan, Iceland, India, Europe, and South America. Alterna Films has attained global recognition and acclaim specifically in the outdoor action sports genre. As a natural progression, while continuing to produce high end action films, Alterna has diversified as a company and produced various commercial projects with a solid list of clients that include Red Bull, DDB Advertising, Mike Wiegeles Heli Ski, Grouse Mountain Resorts, West Coast Fishing Club, Vancouver Canucks, BC Hydro, Bell media, Phillips/O’neill, Revelstoke Mountain Resort just to name a few. Carlo attributes the success of Alterna to the passion and dedication of the crew that collectively forms the foundation of Alterna Films. 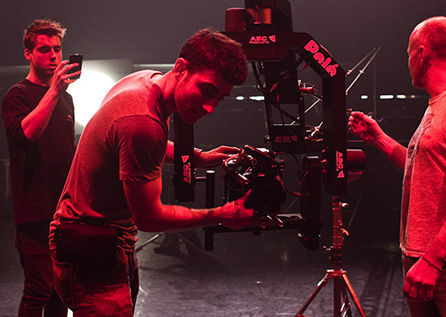 Byron is a motivated and enthusiastic individual whose passion lies in cinematography. With 8 years of on set experience which includes working on Warner Brothers television series Supernatural, he has also worked on countless feature films, music videos and commercials. Honing his skills in the camera and lighting world, Byron is continually pushing the levels of production value here at Alterna. Making concept a reality. Demo Reel 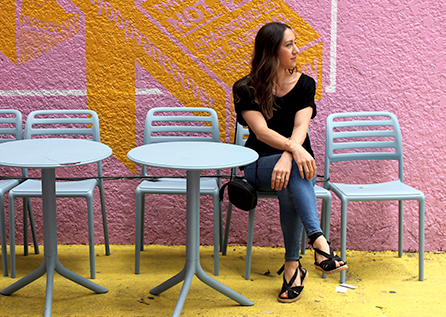 Living abroad has always led Natalia to the most inspiring cities that have changed her life and influenced much of her design aesthetic. She has had the opportunity to live in Florence, Barcelona, and Vienna. Natalia lived in Vienna where she worked for a publishing house as their creative director. There she was given the opportunity to focus on branding, layout design, art direction and advertising. Now back in her hometown, she uses her experiences and educational background to apply her skills in both art and design to her work. Natalia graduated from Emily Carr University with a degree in Communication Design and UBC with a degree in Fine Arts. You can see more of her work at Wein & Co. 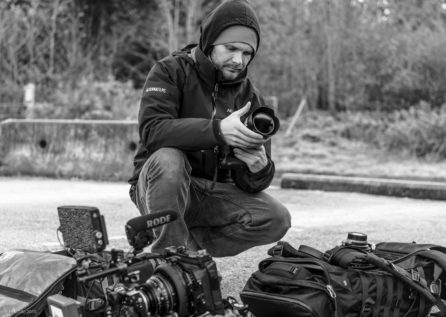 In the last two years Momme has production managed multiple concurrent high value projects such as the $16 M flight simulation ride “FlyOver Canada” and the feature film “Into The Mind” and was responsible for the concept, creation and execution of all print and digital assets for the award winning feature films “All.I.Can” and “Into The Mind”. 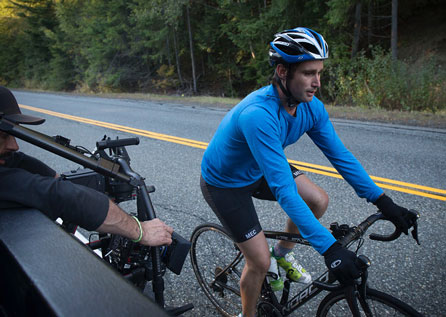 Stephen’s experience as an extreme athlete + adventurer is a huge asset to his knowledge and expertise in remote location productions.  Stephen strengths are in logistics, safety and crew management especially in challenging environments. The more challenging the better! In addition to remote production management Stephen has a diverse knowledge of location scouting whether it’s as simple as finding a cafe and community with a specific look or scouting a remote peak, cabin, valley, desert, or raging river out in the wilderness.

You can see more of his work at Stephen Lang.ca. 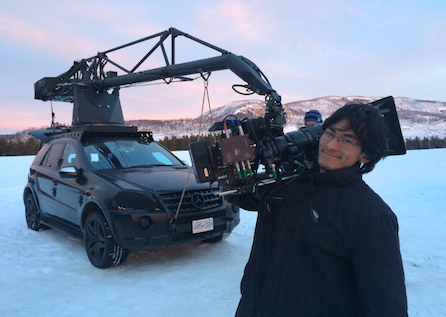 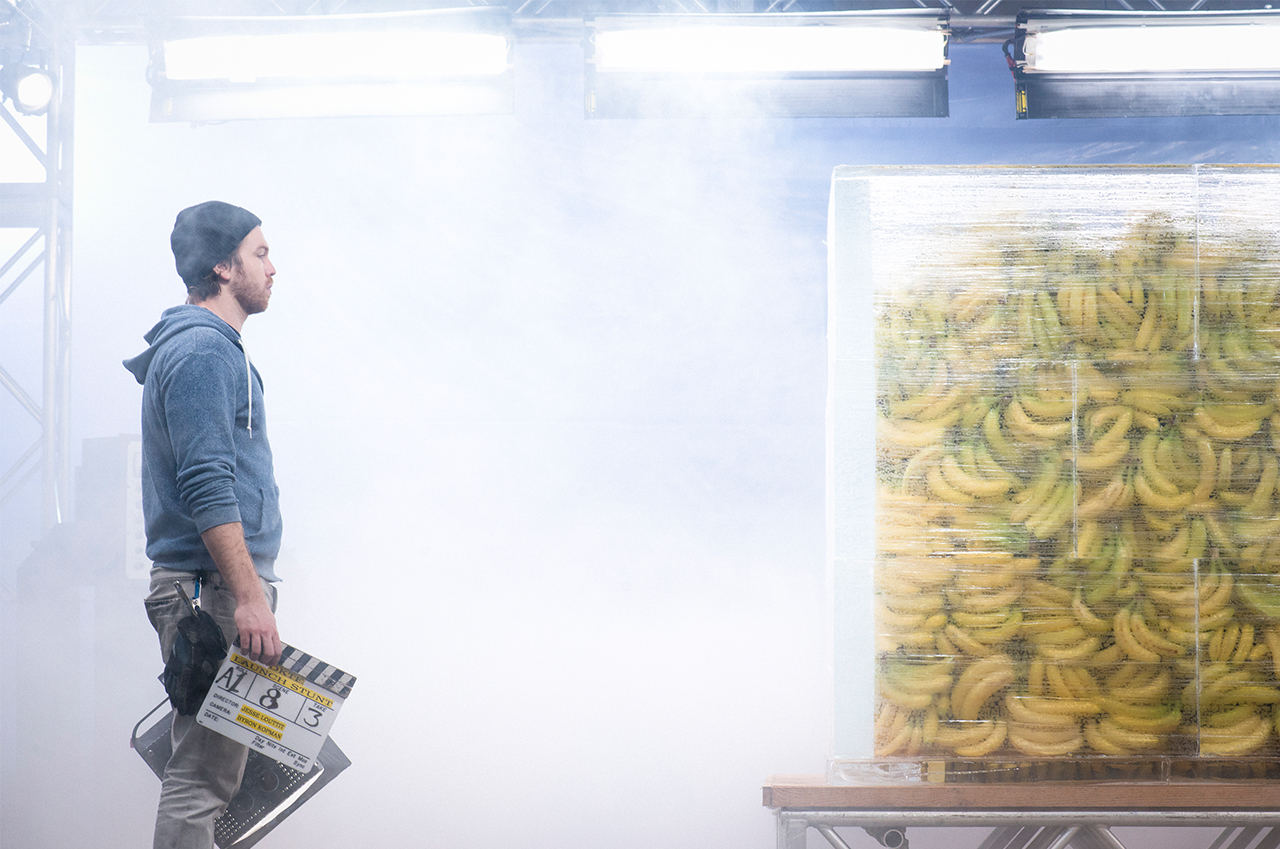 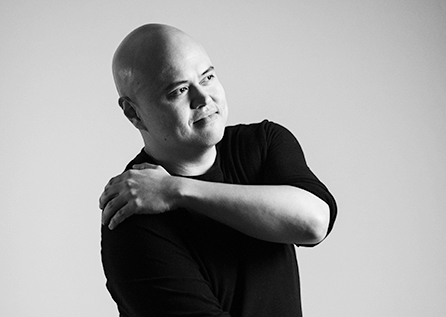 Raffy has worked as an editor for a broad range of clients, most notably as part of the team creating promotional trailers for Electronic Arts’ FIFA and Plants vs Zombies Garden Warfare franchises. Past clients include Microsoft, Starbucks, Teck, Tourism Yukon, Whistler Blackcomb, and many more.  When not editing, he hits up the local dance studio, which he truly believes has honed his ability to blend visuals and movement with music in both life and work. 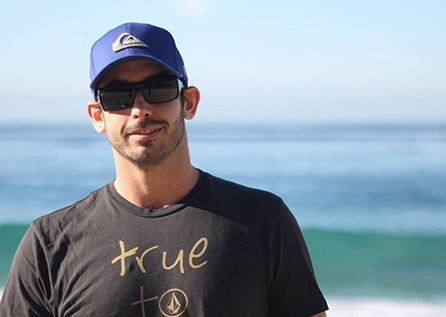 Like most on the Alterna Films crew, Rob found his love for filming through action sports.  He has been flying UAVs commercial for over 3 years now while also acting as a consultant for up start up UAV companies helping them learn the Canadian Air Regulations and helping them to obtain SFOCs.  Rob splits is time between Toronto and Vancouver.  He has held a complex Restricted Standing SFOC for 3 years in Ontario and 2 years in the PNR and Pacific Regions. 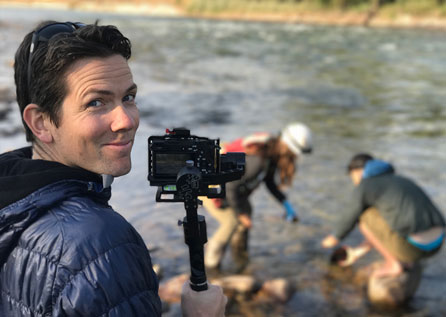 Mike Southworth is an award winning sound engineer, recordist, sound designer and composer. His work can be heard on a wide variety of projects for brands like Chevy, Nintendo, Rheem, Fairmont, Metropolis, London Drugs and many more. 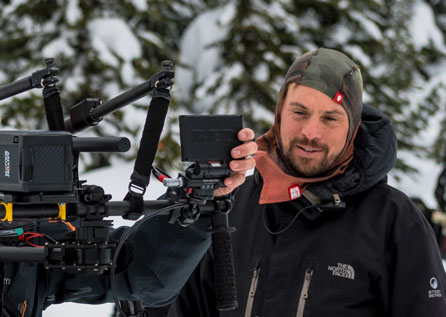 Paul Watt is an award winning DP, camera operator, and director working in commercials, film & TV, documentary, and action sports. He started shooting action sports in 1999, and is usually the guy hanging out of the helicopter or half way down a cliff. You can rely on Paul to do what it takes. 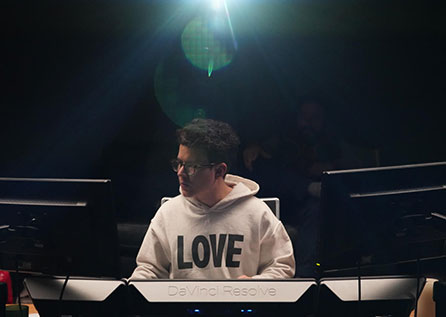 David Tomiak is a Colourist based out of Vancouver BC. David’s love for colour correction began when he was building a music video company called Brass Tacks Films. Through colouring music videos, David became aware of the difference colour can make and how it can help shape a story. In 2013, David started Silver Lining Post, a small colour studio focusing on grading for films, documentaries, music videos and commercials. Over the past five years David has graded music videos for artists such as Odesza, Sonreal, Dallas Smith and more. He has been able to collaborate with brands such as: Red Bull, Mazda, Ferrero Rocher, Arcteryx, North Face, Destination BC, Air Canada and Cornetto. Feature Films he has worked on have won awards at TIFF, VIFF and other festivals around the world.

What our Clients say

We'd really love to hear from you so why not drop us an email and we'll get back to you as soon as we can.

Back to Top
COVID-19 SAFETY PLAN
As we start to move into a new world of production our first priority is the health and safety of our crews and our communities. Click to read more to learn about the steps we’re taking in approach to COVID-19. We will continue to learn, adapt, and follow guidelines from Worksafe BC for our industry.
Learn More
X